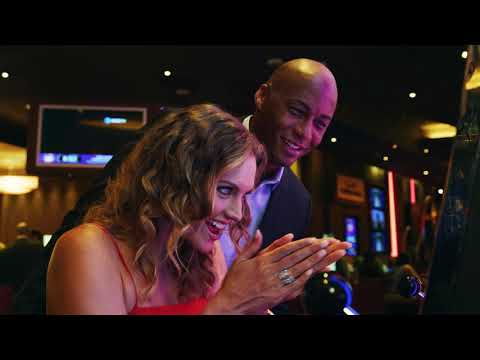 Before the pandemic I was a regular poker room patron at MGM National Harbor. They shut down for months but just recently reopened, and more recently opened their poker room back up to the general public.
Now before the pandemic, MGM National Harbor was always packed pretty much 24/7. It’s one of their newer properties and definitely the nicest casino in the DMV area (only other options locally are shitty and older Maryland LIVE and some places in West Virginia you don’t want to go to).
I arrived there last night at 9 PM, which normally would be prime time. Definitely not hoppin’ like it used to be. High roller table games were mostly empty. The slots were operating at maybe 50% max capacity because every other one was turned off to allow distance between the players, but it was very noticeable that even with the reduced number operating most were not being used.
They installed hand washing stations throughout the property around all the games but honestly I barely saw anyone using them which was not good. Face masks are mandatory, but they make you pull down your mask when you enter the casino area and take a picture of your face. All dealers for table games and poker wear plastic face shields. There are plexiglass dividers between dealers and players on most table games, but the side effect of that is definitely less players per table than normal. Spectators are no longer allowed to hang around, you’re only allowed to be at the table if you’re playing. The lack of spectators will have a dampening effect on the enthusiasm of players at certain table games. In fact, the whole energy of the casino was low. Imagine playing craps with no spectators.
Didn’t seem like they could be selling as much alcohol, the lobby and casino bars had earlier closing hours and at 9 PM on a Saturday I was able to walk up to any of the open bars and get a drink immediately, no long lines like the good old days.
The only section of the casino that was more active than usual was the race book which was odd because usually that’s only at half capacity at best when I’ve been in the past.
As for my poker experience, it was interesting. They removed about 25% of the tables they used to have on the floor to allow for distancing, and it’s now maximum 7 players to a table instead of 9. You do the math, they are definitely not making nearly as much off the poker room as they used to be able to. Plus, with 7 players instead of 9 and the lengthy swap out process for players who get knocked out (an attendant has to come and sanitize the seat for you and it took a long time) there were more hands than usual that were played with a reduced rake because there were less than 5 players active.
On top of that, because of the reduced seat capacity the wait list for the 1-3 tables (the most popular) took hella long and people were giving up on the wait and leaving. Also it was very apparent that the higher blind tables were much less in demand, they barely had any waits and that would be unheard of pre-pandemic. That means that the poker players showing up there intend to put less money on the table now.
The poker playing experience is still good if it’s what you like, I was able to enjoy myself despite all the plexiglass alienation. However I don’t know how long they can run this poker room without a COVID-19 case eventually being traced to it, because despite all the effort of distancing and sanitization, they still don’t have a good solution for keeping the chips themselves clean. Unless you neurotically sanitize your hands every time you rake chips, which I guess you could but most people weren’t/won’t, you’re at risk. I played for at least three hours and never saw any type of sanitation of the chips. The only solution I can think for this would be if you had contactless betting where you are separated from your stack, you verbalize your bets and the dealer moves everybody’s chips for them. That would be a big hassle for the dealer and I don’t think players would like it at all but I don’t know how else you could otherwise reduce that risk.
TL;DR - I have no MGM position and don’t intend to open one but I think there’s going to be a rude awakening when ER comes around because people have been piling back into MGM like everything is back to normal. Just because MGM has reopened its properties does not mean it’s anything like it was before. They are operating with many handicaps that will make it literally impossible to achieve anything near pre-pandemic earnings, and this is not going to change any time soon. I also think it’s highly likely they will run into trouble when a COVID-19 case is officially traced to their properties from a gamer that handled chips.

The ESSENTIALS: Three of a Kind

Coastguard #9 - Those Whose Sins Mark Their Bodies

Issue #9: Those Whose Sins Mark Their Bodies

Maryland May 22, 2020 at 9:42 PM A look at how things could look different at Maryland Live Casino as it prepares to reopen once coronavirus-related restrictions are eased. Live! Casino & Hotel - 281 Followers, 4 Following, 223 pins Located in Hanover, MD, Maryland Live! Casino is the 3rd largest commercial casino in the country with 4,200 of the latest slot machines and e-table games. On my return trip, I always plan my stay near the airport, so I can visit Maryland Live Casino. Some of the hot... Read all 1,273 reviews. Full view. Location. Contact. 7002 Arundel Mills Cir # 7777, Hanover, MD 21076-1280. Website +1 443-842-7000. Email. Getting there. BWI Thurgood Marshall Airport Station 60 min. Rental Cars See all Hanover rental cars. Best nearby. 44 Restaurants within 0.3 ... New casino players will receive a Mgm Casino Maryland Pictures free real cash bonus whenever they play at a casino for real money. Casinos usually give out bonuses in the form of deposit matches usually. That means a certain percentage of your deposit is given in free money, so the bigger your deposit, the bigger your bonus. Jackpot pictures at Maryland Live! Casino. iris6670. Lutherville Timonium, MD; 162 Exp; one month ago Nice Saturday after Thanksgiving at Live Casino in Maryland..two hand pays for $3120.00. Not a bad afternoon. Read More.. @ Maryland Live! Casino @ Atlantic City & North East 2 1 Comment Like Comment snmmuller. Hanover, PA; 25 Exp; one year ago 1,530 on .20 cent denom piggy bankin at Live ... Maryland Live! is a $500 million bet by the Cordish Cos. that the Baltimore-Washington region is ready for an Atlantic City-style casino, complete with a celebrity chef (Bobby Flay was there ... Maryland Live Casino Pictures, what is a poker chip called, hoi4 increase slots, cambodia blackjack. Frogs n Flies. Week 16 – 4 New No Deposit Bonuses. April 23, 2020. 52. What Are The Advantages Of Playing In Online Real Money Casinos? 100%. 100%. Easy To Navigate; Great Selection Of Games; 24/7 Live Support; Percentage . Start Playing on ZAR Casino read review. Play Now. 781. 710. Visit ... The Cordish Companies’ Live! Casino & Hotel Maryland Earns Top Accolades in Casino Player Magazine’s 2020 ‘Best of Dining & Nightlife’ Awards. 11/16/20. The Cordish Companies’ Live! Casino & Hotel Named Best Casino In Maryland By Strictly Slots Magazine. 10/19/20. Live! Casino Pittsburgh Announces Grand Opening Date – November 24 at 6AM MARYLAND LIVE! CASINO. Interested in gaming entertainment? Visit Live! Casino and hotel, our casino and entertainment complex in Hanover, Maryland, adjacent to Arundel Mills Mall. Hosted in Nevada. Must be 21. QUICK LINKS. Contact Us; Site Map; Responsible Gaming; Terms & Conditions; Help & FAQs; Live! Casino ; CONNECT WITH US. Play Social Casino Games at LiveCasino.social. These games are ... Specialties: Live. is one of the biggest casinos in the country. With 4,000 slot machines and 200 live-action table games, there are plenty of ways to win big at Live. It's non-stop, 24/7 gaming action at Live.